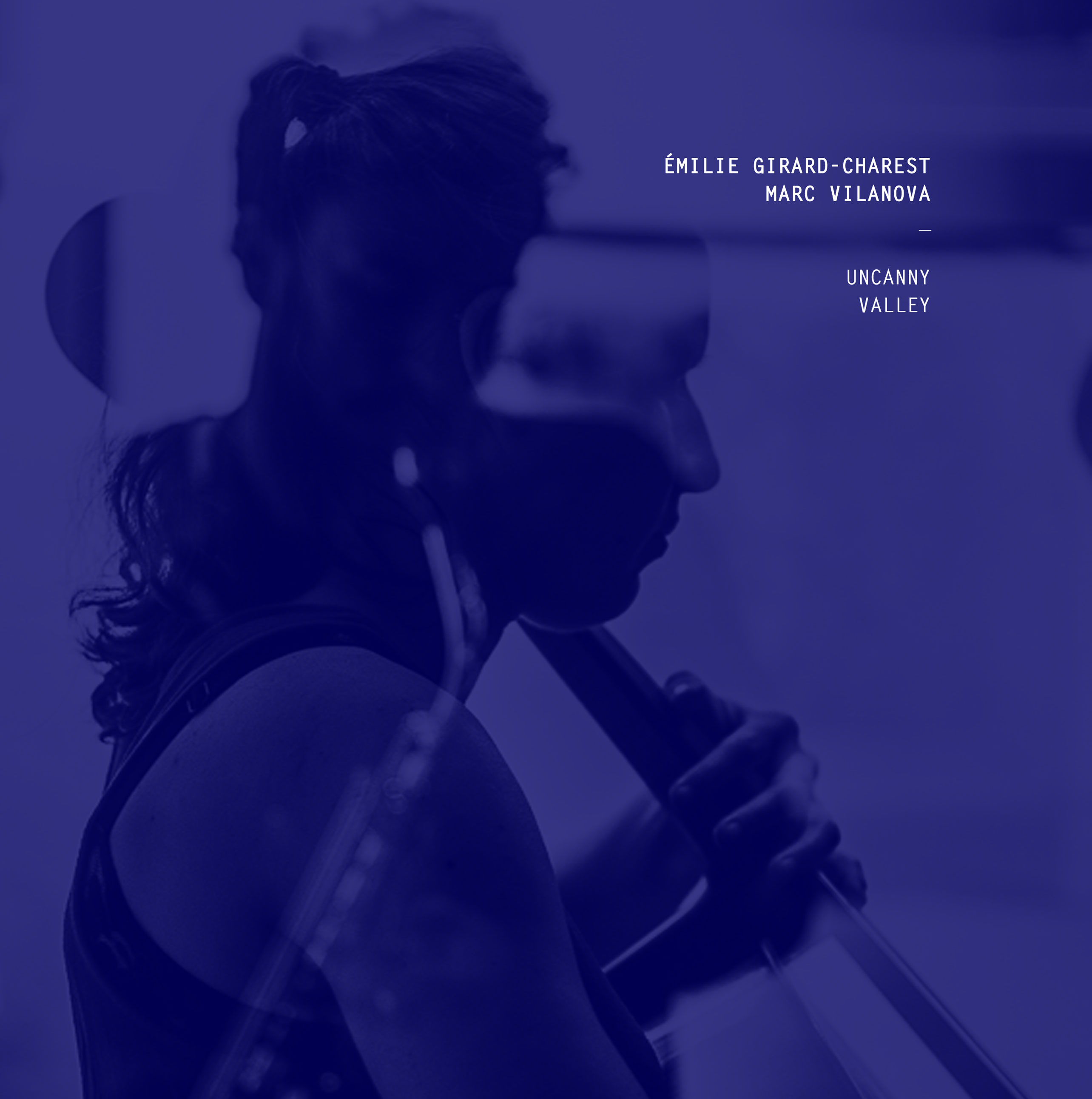 "In aesthetics, the uncanny valley is a hypothesized relationship between the degree of an object's resemblance to a human being and the emotional response to such an object. The concept of the uncanny valley suggests that humanoid objects which appear almost, but not exactly, like real human beings elicit uncanny, or strangely familiar, feelings of eeriness and revulsion in observers. Uncanny Valley denotes a dip in the human observer's affinity for the replica, a relation that otherwise increases with the replica's human likeness."

In 2016 we invited Marc Vilanova to deliver a work for the Digital Catalogue of Audiotalaia. Impressed by the overwhelming quality and potential creativity by this catalan musician we encouraged him to be a part of our catalogue. After a few months and short emails Vilanova suggested the possibility of releasing a collaboration between him and cellist Émilie Girard-Charest. Intrigued by the proposal we agreed to it. The collaboration would take place in a short period of time and would be recorded in the best conditions possible.

Researching on the Audiotalaia Catalogue Vilanova and Girard-Charest realised that there is no acoustic recordings whatsoever in the whole archive. That gave both acoustic musicians a scope on which to explore, an excuse to improvise towards and end. The original premise was to try to sound as much "digital" as possible and allow themselves to explore a kind of "experimental electronic music" approach to the sessions the record in summer 2016.

They acknowledge, in their own words, that electronics have a tradition to extend, stretch, modify and even imitate acoustic instruments. In that case the aim was to do the contrary, to search and explore through acoustic instruments forms and languages more consolidated from an electronic approach.

The outcome? those 8 tracks pristinely recorded and beautifuly selected from a 1-hour and a half recording. Moreover, and this is very special for the catalogue, is always a pleasure to have works fully inspired, conceptually or aesthetically with the catalogue and the artists represented on it.